Tadahiro Uesugi got the Annie Award!

I'm very happy to inform you that
Tadahiro Uesugi received this year's Annie Award
for his work of production design for the movie" Coraline".
Tadahiro has done my 2 CD's cover design.
Congratulations!!!
投稿者 torudodo 時刻: 9:29 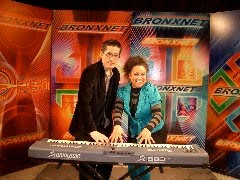